A Brief History of the Assembly of God Church


The Assembly of God Church traces back to a religious revival that began in the late 1800s and continued to the early 1900s. It was characterized by widespread experiences of spiritual manifestations, such as supernatural healing and speaking in tongues, which gave birth to the Pentecostal Movement.

A famous figure in the history of the Pentecostal Movement and the Assembly of God Church was Charles Parham. His teachings had a profound influence on the doctrines of the faith. He founded the Apostolic Faith Church, which was the first Pentecostal church. He then started a Bible School in Kansas where he taught the word of God. It was here that the baptism of the Holy Spirit was affirmed as a key factor in the faith.

In December 1900, he instructed his students to study the Bible to find evidence of the baptism of the Holy Spirit. Some weeks later, on January 1, the students concluded that the event was evidenced and expressed by speaking in tongues.

The revival spread quickly to Texas, Missouri, California, and beyond. A historic occasion occurred when believers from all over the world flocked to the Azusa Street Mission in Los Angeles for a 3-year revival meeting (1906 to 1909).

The Assembly of God Church ministry focuses on church planting, missions and evangelism. According to Wikipedia, from a founding attendance of just 300, a 2008 survey revealed that there were more than 283,000 churches in 200 countries (12,000 in the US) and some 57 million adherents of this Christian denomination.

At Cornerstone Christian Academy in Statesville, NC, we believe each child is unique and deserves a specialized education that maximizes their potential. 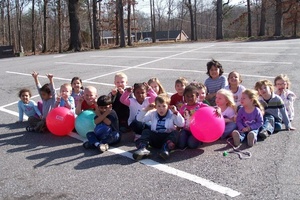 Is your child getting what they need from their school? We’re accepting new students!

Dec 10, 2012
At a Christian Academy Every Aspect of Learning Is God-centered
Nov 12, 2012
A Brief History of the Assembly of God Church
Oct 24, 2012
The Advantages of Enrolling Your Child at a Christian School

Are Your Child’s Needs Being Met? Get 20% Off the First Month Enrollment Fee!

Are you sure that your child's current school is right for him...